The odds are you had not heard of Oberwerk before you found our website. If so, you’ll probably be quite surprised to learn that for the last two decades, Oberwerk has been the world’s leading supplier of high-power (40x+) binoculars. How can this be? Let’s start by defining “high-power”. There are a number of binocular brands that offer models that have as much as 25x magnification. But there aren’t many that operate at 40x (or higher). Let’s also immediately eliminate all (yes, all) “zoom” binoculars from the mix, as none of them are high-quality optical instruments. “But doesn’t the Spion 20-140×70 ‘Military Zoom’ binocular operate at 140x”? Sorry, that’s marketing hype- it’s a plastic POS (piece of crap), unusable at 140x, and overpriced even at $139. By the way, no military has ever deployed any zoom binocular, from any manufacturer- and for good reason. The lowest-price high-power binocular on market is the small but mighty $1295 Oberwerk BT-70XL-ED, capable of up to 56x magnification.
For long-range observation, the world’s militaries deploy Oberwerk 25/40×100 Long-Range Observation binoculars, which have huge 100mm (4″) triplet objectives and built-in 25x and 40x eyepieces on rotating turrets. Amateur astronomers around the world have made the Oberwerk BT-100-45 binocular telescope, one of the most popular choices for serious binocular astronomy. For the home-with-a-view, the ultimate instrument to enhance a great view has been either the 25/40×100 or BT-100-45. But in 2018, Oberwerk announced the revolutionary XL Series binocular telescopes. Three years in development, the XL Series, with ED objectives, 45-degree viewing, 1.25″ focusers, and ultra-light magnesium-alloy construction, are simply the finest binocular telescopes on the market, regardless of price.
Over the years, Oberwerk has sold over five thousand 25/40×100 Long-Range Observation binoculars and binocular telescopes. That’s more high-power binoculars than all the binocular brands you’ve heard of have sold- combined! 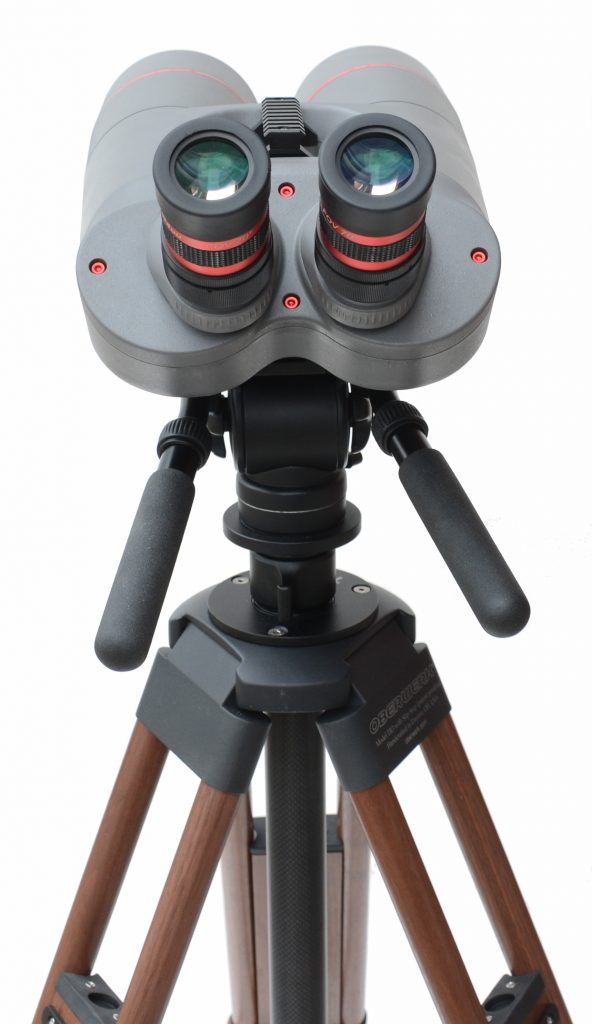 Even we think that’s pretty remarkable! By the way, I can personally vouch for that because I was there- every single one of those was set up, thoroughly tested, and aligned-to-perfection by one person- me. In fact I’ve done this for every Oberwerk binocular that has ever shipped, not just the high-power models.
With our new XL Series, which start as low as $1295, not only will Oberwerk continue to dominate the high-power binocular market, we’ll no longer be the brand you never heard of.