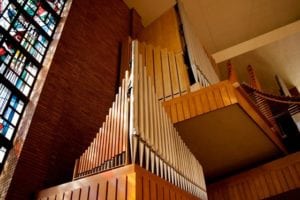 Oberwerk founder Kevin Busarow was freelancing as a software designer/developer, in addition to his full-time position as a computer hardware and networking engineer, primarily supporting word processing systems from NBI of Boulder, CO. Perhaps inspired by work being done at Xerox PARC Labs, as well as Apple, his interest turned to GUI’s (Graphical User Interfaces). He spent countless nights and weekends creating one of the first icon-based GUI’s for the PC. By 1990, his “Counterpoint Graphical Menu System” was released as an alternative to Microsoft Windows (ver. 2.0 at that time), and became somewhat of a commercial success. In 1991, Amstrad, a computer manufacturer in Europe, licensed Counterpoint to be pre-installed on all Amstrad PC’s sold in Europe. At that time, Kevin was advised to form a corporation. In choosing a name, Kevin thought back to his youth, when he would often turn pages and pull stops for his father‘s organ recitals. The term Oberwerk comes from organ music (German for “above work”), and refers to the division of pipes physically mounted higher than the rest of the pipes, and played from the upper-most manual (keyboard) on a large multi-manual pipe organ. So the name was chosen because of the “above the

rest” connotation, and also because Kevin’s software development was done outside of his “day job”. Creating and continously improving Counterpoint meant getting by on 4 hours of sleep most nights, hence “over-work” also seemed appropriate. Several other software titles were developed through the 90’s, including “DTP-Pro Desktop Publishing Utilities for Ventura Publisher”, and “Oberwerk Guitar Workshop”, which was one of the first guitar tutorial programs, and which ultimately evolved into a rather sophisticated guitar composition and score printing program as well. 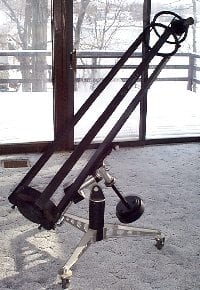 Guitar Workshop was eventually over-taken by a host of competitive products in the late 1990’s, right at a point when Kevin was burning out with software development, but becoming increasingly interested in his long-time hobby of astronomy. Kevin obtained an old 10″ f/8 Newtonian reflector telescope, so large and heavy that it was balanced with a concrete counterweight! Salvaging just the mirror and a few other components, he constructed a relatively-lightweight open-frame telescope using rectangular aluminum stock. The new scope was much easier to handle and mount- and a new obsession with optics and optical hardware had begun.

1999- BigBinoculars.com Opens- In July of 1999, Kevin was visiting Dana Point, CA for a family reunion. 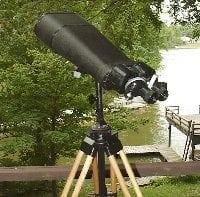 He visited Newport Beach Camera and Telescope Shop and saw a giant binocular for the first time- the legendary Chinese border guard 25/40×100- and was instantly smitten. But it was priced at $3995! (definitely not in the budget), and it wasn’t practical to fly home with it. Upon his return to Dayton, he did some online searching and found the binocular was manufactured in Kunming, China. He contacted the factory reps, and tried to purchase one directly, but they said they had a 100-unit minimum order policy. After several weeks of back and forth emails, the factory finally relented and accepted an order for just 4 units. The 4 units arrived, and 3 were quickly sold on eBay for $1295 each- just enough to cover the cost of Kevin’s binocular. At that time a few stores, as well as the Hammlecher-Schlemmer catalog, were selling this binocular for between $2500 to $4000- so the eBay buyers were thrilled to get one for such a low price. After using the binocular for a while, and seeing how good it was, Kevin sold off most of his antique duck decoy collection on eBay to raise funds to place another order, this time for 12 units. The domain name “bigbinoculars.com” was registered, and an online store was created.

2009- Oberwerk Announces Lifetime Exchange Program– Customers may now exchange any Oberwerk binocular, regardless of age or condition, for a new binocular of the same model, at 25% off.

2011- Oberwerk Ends Dealer Program- In order to better serve their customers, Oberwerk ended the selling of products through resellers. Oberwerk products are available only from Oberwerk’s showroom in Dayton, OH, or online at their direct-sales store at oberwerk.com

2012- Oberwerk Moves to a Former City of Dayton Fire Station-

In late 2011, Oberwerk purchased a circa 1905 former City of Dayton fire station. Contractors worked for 6 months on the exterior and interior, and in July of 2012, Oberwerk moved from the Russ Reseach Center to the the newly-renovated fire station.

learning “Tail-of-Arc” binocular collimation on a Navy Mark V collimator. Kevin then built a collimator using an 11″ Zenith Optics military spy plane camera lens and a Suddarth auxilliary telescope, making Oberwerk the only binocular retailer in the USA with an in-house collimator (and the knowledge to use one).

2015- Oberwerk introduces the Sport HD Series- Oberwerk is finally a contender in the Sport Optics market with the introduction of the Sport HD Series (8×32, 8×42, 10×50). Ideal for bird-watching, these three compact and lightweight phase-coated roof-prism binoculars offer excellent image quality, at a price well under competitors. 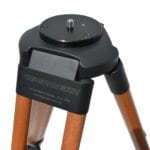 2017- BigBinoculars.com retired- Unable to keep up with increasing demands of running an e-commerce website, Kevin redirects bigbinoculars.com traffic to a newly-designed and professionally-managed oberwerk.com.

2018- Oberwerk Surpasses 5000 Sales of 25/40×100 Long-Range Observation Binoculars and Binocular Telescopes- For two decades, Oberwerk has been the world’s leading supplier of high-power binoculars (those capable of 40x or higher magnification), outselling all other brands combined in this category.

2018- Oberwerk Introduces the XL Series Binocular Telescopes- After 3 years of development, Oberwerk introduced the ground-breaking XL Series at the 2018 NEAF Astronomy Convention. With all-magnesium-alloy construction and razor-sharp apochromatic optics, these are the highest-performing lightest-weight binocular telescopes on the market.

2018- Oberwerk Purchases a Navy Mark V Collimator- While Oberwerk has had a home-brew binocular collimator since 2013, when an optics collector in San Diego decided to sell his ultra-rare Navy Mark V collimator, Oberwerk jumped at the opportunity to obtain the real deal. These tools help Oberwerk provide the most perfectly-collimated binoculars on the market. 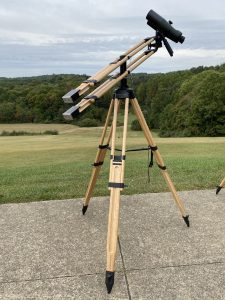 2019- PM1 Parallelogram Mount Introduced- The PM1, built in Dayton, and crafted in maple, aluminum and stainless steel, is the world’s finest parallelogram mount. Coupled with the TR3 tripod, its great looks and smooth operation are unmatched by anything before it.

2020- BT-127XL-SD Introduced- The BT-127XL-SD, with triplet objectives using both FCD100 and FK-61, was designed and built without regard to cost to be the highest-quality binocular telescope on the market.