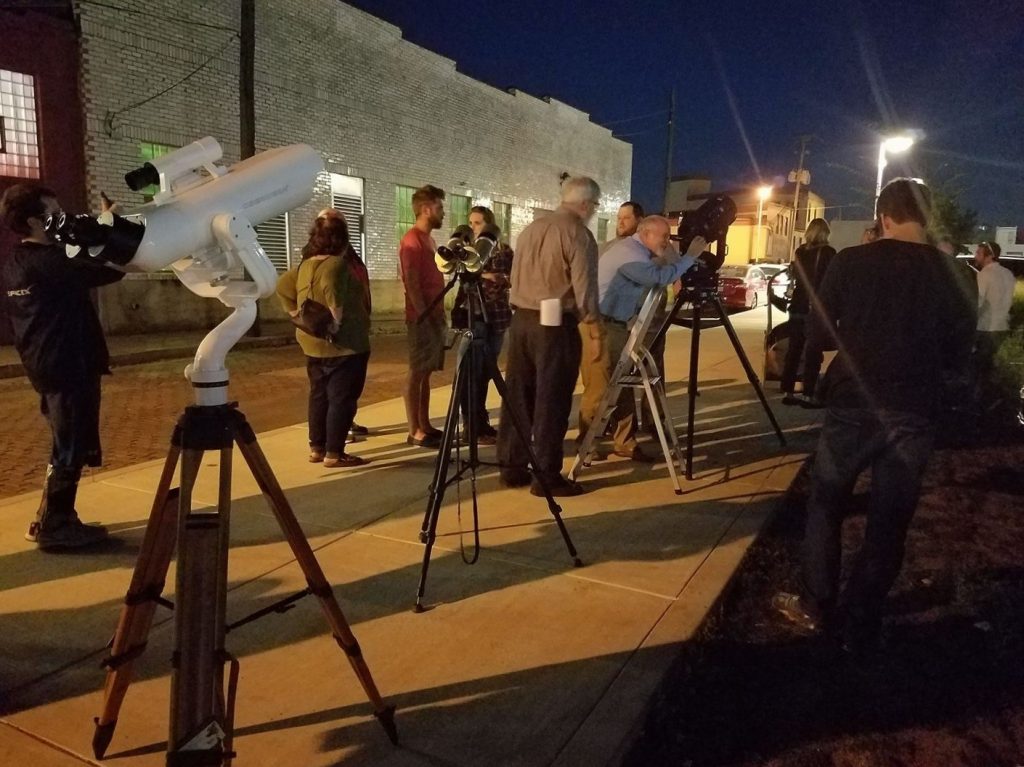 The Miami Valley Astronomical Society, Oberwerk, and Warped Wing Brewery collaborated and held a “Warped Astronomy” night on 9/28/2017, which combined two of our favorite things- astronomy and beer! Well over 100 people showed up, and were treated to views of the sun using a solar filter-equipped BT-100-45, followed by fabulous views of the moon (BT-70-45 at 32x), and everybody’s favorite- Saturn (BT-100-45 at 75x)! Inside the brewery, roaming MVAS members did “table talks” on various astronomy topics, while attendees sampled Warped Wing’s brews. A great time was had by all, pretty sure we’ll do this again! 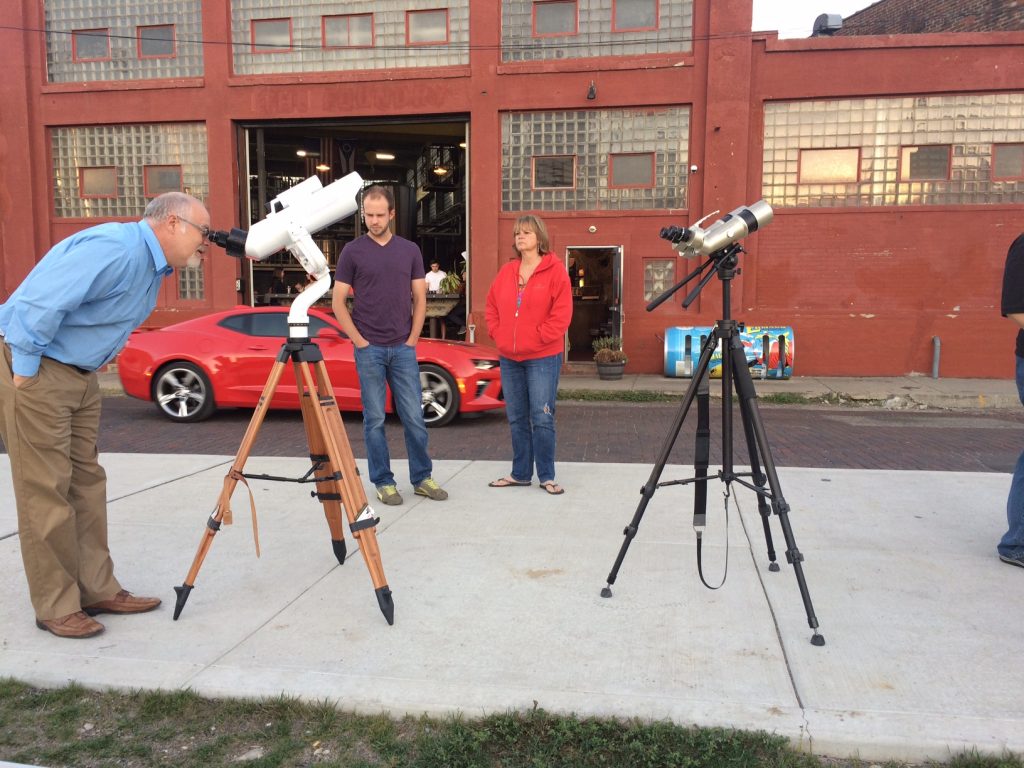