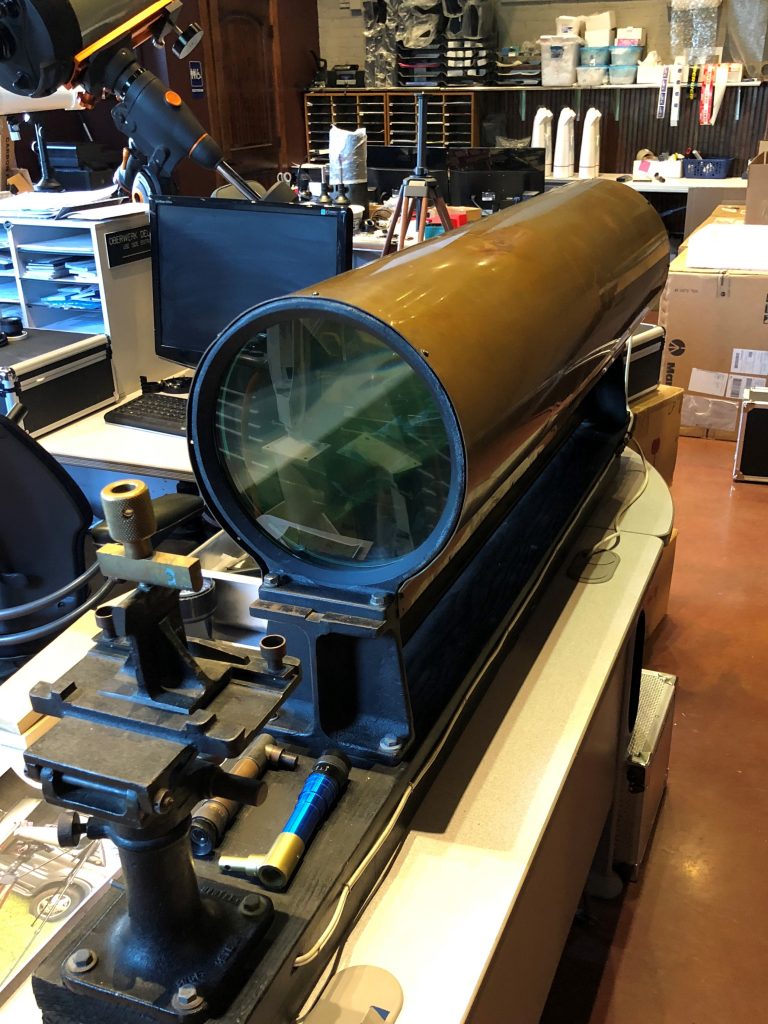 In 2013, Oberwerk’s Kevin Busarow was trained in “Tail of the Arc” binocular collimation (alignment) on a Navy Mark V collimator by retired Navy Opticalman Cory Suddarth, of Suddarth Optical Repair. Shortly after returning from training in Oklahoma, Kevin built a working collimator from a surplus spy plane camera lens. The other necessary component- an auxiliary telescope- was supplied by Cory, with an extra-tall rhomboid prism for getting a direct view of the collimator image over the top of the larger binoculars that Oberwerk typically sells.
In August of 2018, when an ultra-rare genuine Navy Mark V collimator was put on the market by an optics collector in San Diego, Cory notified Kevin- and he jumped on it! With its massive 5-foot-long iron rail and solid copper housing, it was a beauty! Rather than risk trying to ship such a large, heavy, delicate, and irreplaceable piece of equipment, Kevin bought a one-way ticket to San Diego, rented a station wagon, and drove it back to Dayton, Ohio. Oberwerk has always been proud to say we’re the only binocular retailer on the planet (that we know of) with an in-house collimator- and now we have two at our disposal! 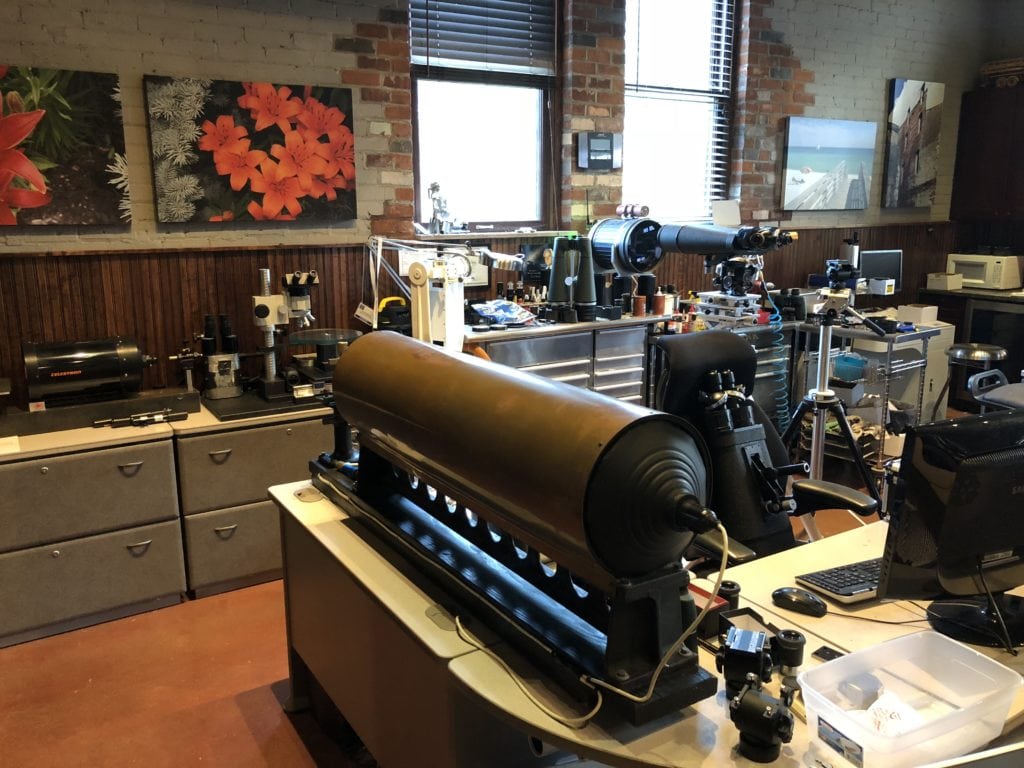 6 Replies to “Did We Really Need Another Collimator? Yes- it’s an Ultra-Rare Genuine Navy Mark V!”