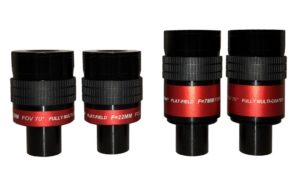 There are numerous things that influence cost to manufacture a binocular- objective size, optical quality, mechanical quality, etc.  Just the quality of anti-reflection multi-coatings, and the number of surfaces where they are present, can double or even triple the cost to manufacture.  This, as well as other manufacturing shortcuts, explains why we’ll sometimes see similar-looking binoculars from other manufacturers selling in stores for less than our cost to manufacture– even after their multiple levels of distribution markup! But the one specification that does not affect cost to manufacture is the focal length of the eyepieces that are used- which determine magnification.  Magnification will have a direct relation to FOV (Field of View), and steadiness of view if hand-holding- but should have no bearing on price. 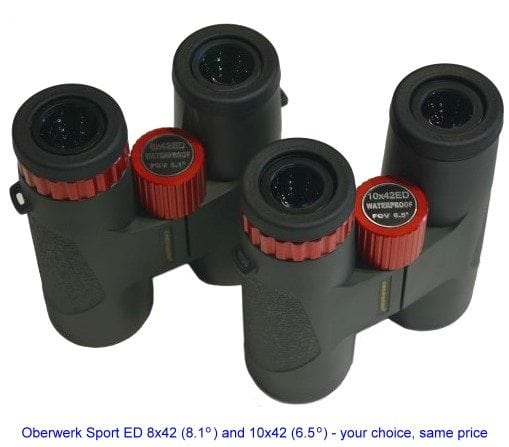 When you buy an Oberwerk binocular, you can choose the magnification based on how you’re going to use it- do you need to brings things in as close as possible, or do you want to take in the larger scene the lower magnification will offer? How magnification influences hand-holdability, by magnifying any shake or tremor by that much more (or less), might be part of the decision. But the one thing your decision on magnification won’t involve is price.