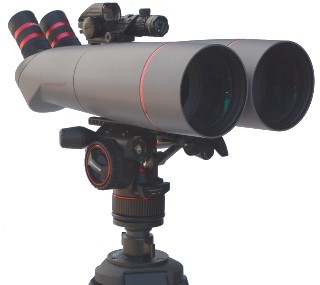 For nearly two decades the now-discontinued Oberwerk BT-100-45 was considered the world’s most powerful binocular. With its 7 pounds of optical glass and 24″ long cast aluminum body, this majestic instrument can provide up to 75x magnification, and with excellent clarity. But in 2018, Oberwerk announced the game-changing XL Series binocular telescopes. Three years in development, using the latest optical technology, the XL Series delivers even higher optical performance, at magnifications up to 80x, in a smaller and much lighter-weight magnesium alloy body. The flagship BT-100XL-SD is now not only the world’s most powerful binocular, we believe it delivers the highest image quality of any binocular telescope on the market- at any price. At just 12.5 lbs., it’s also the lightest-weight 100mm binocular telescope ever produced.

Note that there are some “zoom” binoculars on the market that claim to be “the world’s most powerful”. They offer impossibly-high magnifications (from 70x to 180x!), typically using low-quality 70mm or 80mm objectives. This is pure marketing hype. The fact is while these plastic novelties may indeed zoom to those extreme magnifications, the poor image quality and lack of alignment between the two sides make them all but unusable except at the low end of their magnification range- where the field of view is severely restricted due to the inherent limitations of zoom eyepieces. Don’t be misled- these products are optical junk, no matter the brand or cost, and cannot be compared to a binocular telescope. Only Oberwerk makes the world’s most powerful binoculars. 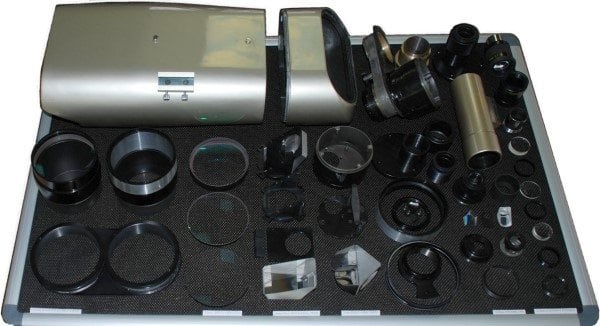